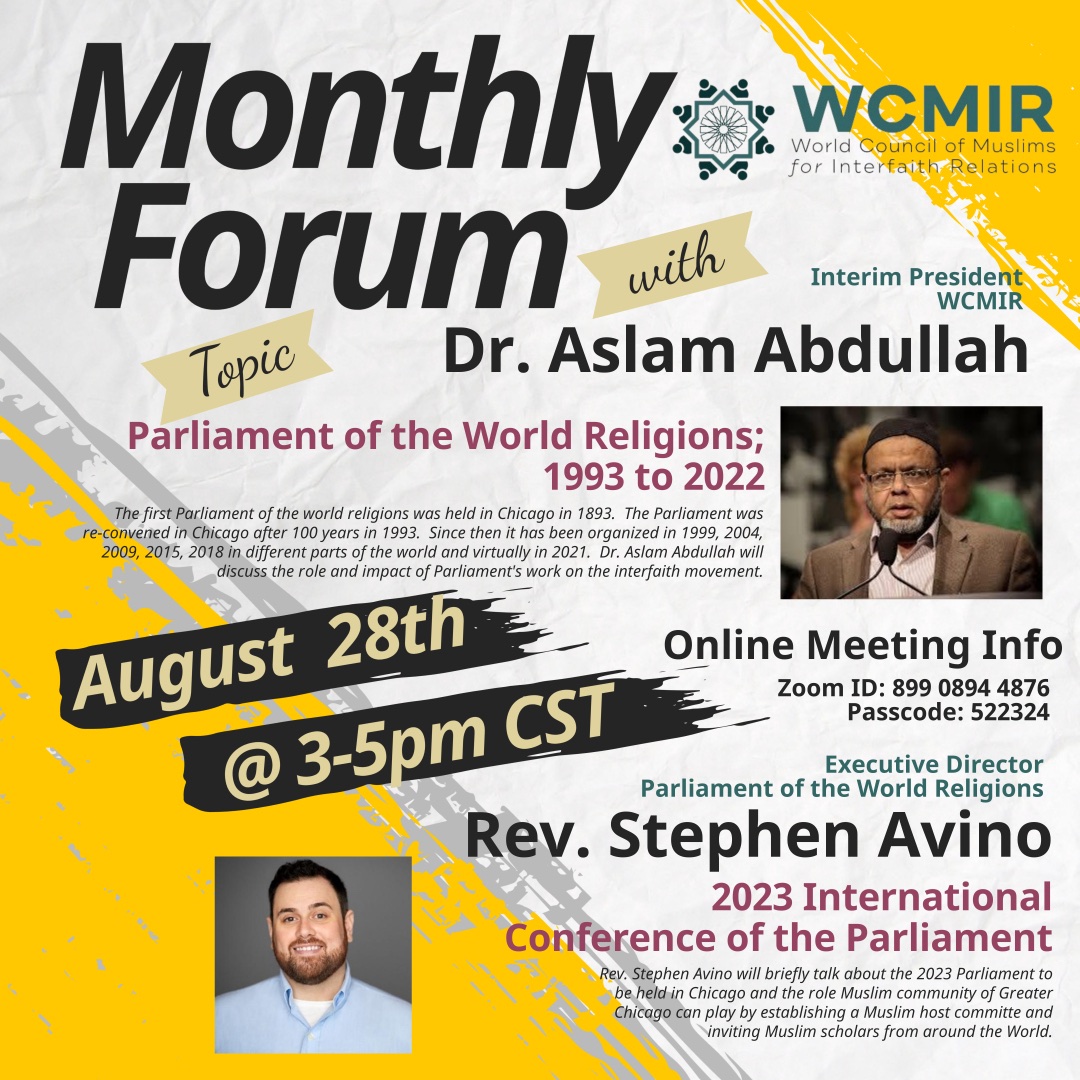 Sunday, August 28, 3-5 pm
Topic:  Parliament of the World Religions; 1993 to 2022
First Speaker: Dr. Aslam Abdullah, Interim President, WCMIR
Topic description: The first Parliament of the world religions was held in Chicago in 1893.  The Parliament was re-convened in Chicago after 100 years in 1993.  Since then it has been organized in 1999, 2004, 2009, 2015, 2018 in different parts of the world and virtually in 2021.  Dr. Aslam Abdullah will discuss the role and impact of Parliament’s work on the interfaith movement.
Topic: 2023 International Conference of the Parliament
Second Speaker: Rev. Stephen Avino, Executive Director, Parliament of the World Religions
Topic description: Rev. Stephen Avino will briefly talk about the 2023 Parliament to be held in Chicago and the role Muslim community of Greater Chicago can play by establishing a Muslim host committee and inviting Muslim scholars from around the World.
Zoom ID: 899 0894 4876
Passcode: 522324